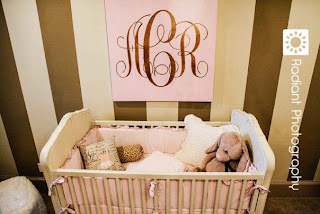 My dear friend Ashley just had her first baby!!!! Baby Aniston is the tiniest, cutest little punkin’ pie EVER. 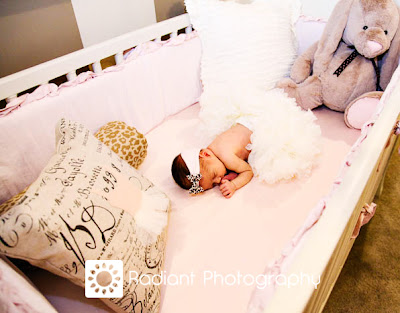 Look at her in her crib! Precious!!

While she was still pregnant, Ashley asked me if I would paint her a monogrammed canvas for her baby nursery?  I was THRILLED to paint that as a gift to my friend!!!! 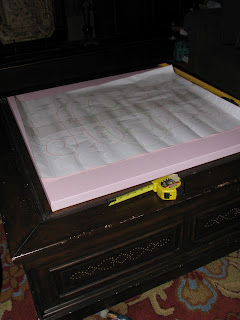 I started with a huge, square canvas from Hobby Lobby.

We painted it the yummy, soft pink color that was being used in her nursery and let it sit for a few days so the paint could cure.

I ordered the monogram stencil from The Mad Stencilist.  They are my GO TO for word stencils!!

It’s a one time use only, STICKY stencil….so it eliminates the shifting and bleeding when it’s stuck to the canvas. 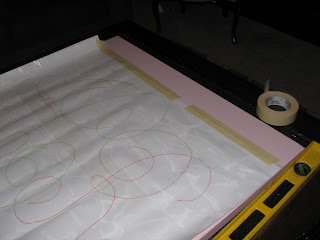 After feeling like it was centered (measure twice and stencil once!!!), I taped a “hinge” on the top of the stencil with painters tape (per their stencil instructions).

Then you “flip” the stencil over to remove the backing so it will stick down to the canvas. 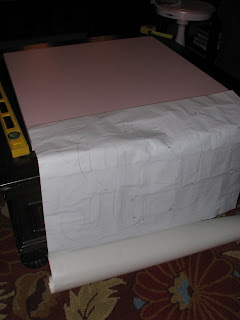 The Mad Stencilist includes this little smoothing tool in your order to press out any air bubbles.  Then you remove the top wax paper. 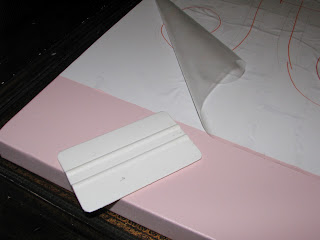 I had to “weed out” the letters because I wanted no “bridges” in the stencil (in other words….I didn’t want it to look like a stencil…I wanted it to be one smooth letter!) 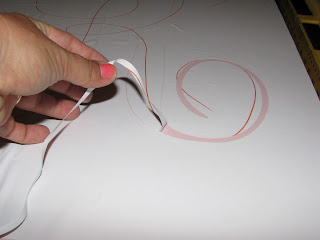 After that, I stenciled it with Faux Effect’s Stain and Seals and an over sized stencil brush. 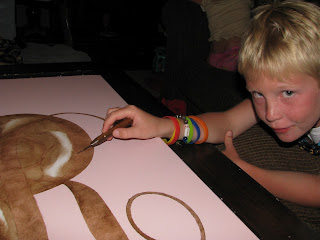 I used this handsome boy to break all child labor laws by helping me “pick out” the stencil pieces.
And the canvas was done.

Here it is in Aniston’s nursery. 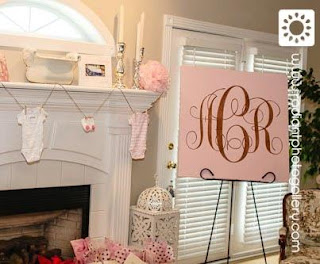 And the canvas was used on a stand at Ashely’s baby shower also. Super sweet idea!!! 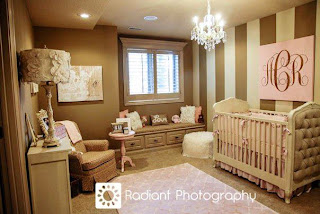 Baby Aniston’s room is serrrrrrriously magazine worthy!  If you want to see more pics of the whole room click on Ashley’s blog here. 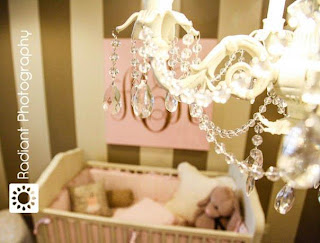 But I am warning you….prepare thyself for drooling….