How to paint a ceiling medallion…..when it’s already on the ceiling 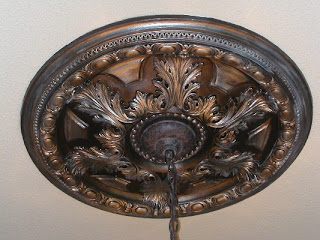 We often get asked to faux finish ceiling medallions for our clients.  They are so fun to paint…..when they aren’t already on the ceiling.  LOL! 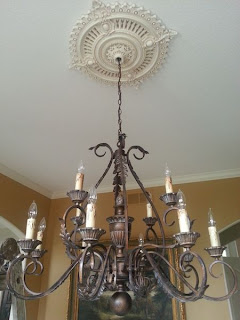 ﻿
On occasion, we get asked to paint one that is already adhered to the ceiling. Major buzz kill.﻿ 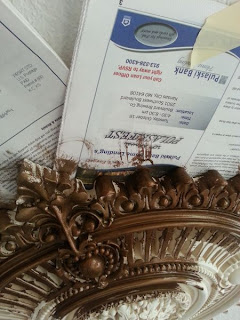 ﻿
This medallion would have been a NIGHTMARE had we not been able to slide newspaper under the edges.  Taping off this detailed edge would not have been possible. Free handing that edge, over your head with all of the detailing was not possible.  Slipping newspaper in the gap was the only thing that made it possible.
﻿ 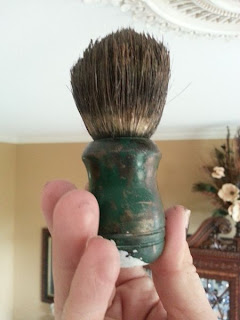 I have told you in previous posts that a men’s shaving brush is my tool of choice for projects like this.  It’s perfect for getting inside every nook and cranny. 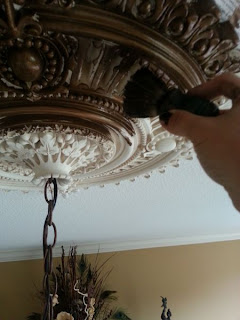 I used Modern Master’s Antique Bronze paint and English Brown paint.  Both stippled on with the shaving brush. 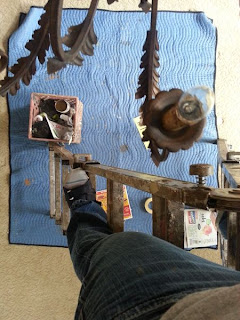 And I felt pretty bad ass in my fancy walking shoe (broken toe)……straddling an A frame ladder……painting this medallion and taking a picture of myself.
﻿ 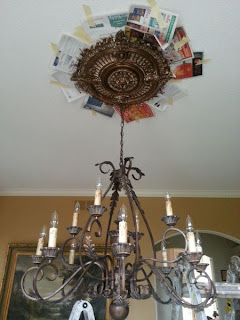 Until I realized this the only “after” pic I got of the project. Totally UN-badass with all of that newspaper still in the photo.

In other news, my broken toe is healed. Do you have ANY idea what they charge to reset a broken toe in the hospital these days?  Lord have mercy….next time I will have one of the kids pop it back in.